Scott Adams spent 20 years in the payments and fraud industry. After a lengthy stint as the CEO of a small eBook company, he began developing new connections, products, and services in payments and technology. He returned to the corporate setting as the director of fraud and risk management for Riot Games. For almost four years, he helped his team reduce fraud and promote rewarding gaming experiences for millions of gamers.

We sat down with Scott to learn more about his career, gaming, friendly fraud, and the future of chargeback prevention.

What’s your background in fraud prevention?

Scott Adams: I’ve been in fraud prevention for nearly 20 years. I started as an engineer with an eBook company that maybe did $4 million a year. It didn’t have chargebacks or anything that we thought of as fraud. But then we started growing.

All of sudden, we had tons of chargebacks, and nobody educated us. No one told me what a chargeback was, so I just saw this number on my balance sheet that said, ‘Refunds/chargebacks: 4%.’ I added them together and went on with the days until merchant accounts started shutting us down.

That started my interest in fraud and trying to figure out what that was. What’s a chargeback? How does that affect the merchant? I realized it’s really unfair to the merchants, and it became my passion along with growing the business.

After we sold that business, I joined a company called Riot Games. I was their director of fraud and risk management. I went all over the world, setting up their fraud and risk systems, teaching about payments and fraud, and protecting their competitive integrity.

Since then, I’ve done some work with a lot of other game companies. I was lucky enough to be a facilitator for Visa’s VMPI (now Order Insight®), which brings us to Kount. I’m here to focus on friendly fraud protection and our Near Real-Time Chargeback Prevention.

Why did you choose Kount?

I’ve used Kount in every business I’ve worked with. I’ve always been impressed with their services. And I’ve been lucky to have input in some of that evolution. I’ve never seen Kount not work. I’ve never seen it have a problem it couldn’t solve. Since I already knew the system and it’s the only anti-fraud solution I’d suggest to merchants, it just made sense.

What does it mean to be a VP of friendly fraud?

It’s been interesting, as we’ve announced my joining Kount and then that title. I think every interview seems to be, ‘Well, we don’t ever hear of this title. This is an industry first.’

At Kount, this role brings about a new focus. Until now, every other anti-fraud company, including Kount, has mostly focused on criminal fraud. In a way, that’s easy. It’s easier to track. And it’s easier to figure out because there are variables that don’t match. Friendly fraud is a lot harder, but it’s what I’ve dealt with for most of my career.

A lot of people define friendly fraud as a chargeback that comes because a customer doesn’t understand or recognize a transaction. For a gaming company, for example, friendly fraud happens when a child makes an in-app purchase that a parent forgot they authorized.

In some cases, companies just have bad transaction descriptors. Oftentimes, a financial guy fills out the application and doesn’t know what a descriptor is. So they fill in some corporate name that nobody knows. When the consumer gets their card statement and it lists some LLC that no one’s ever heard of, there’s a misunderstanding.

Now, there’s fraud that is friendly, but often, it’s a little bit more criminal, especially if you look at today. Because of the coronavirus, people are losing their jobs and there is a lot of financial uncertainty. So you have more people saying, ‘Hey, wait a minute, yeah, I did buy those.’ But then they say, ‘Wait, my bank says there is zero liability, so I’ll just call them.’ They call the bank and say, ‘I don’t know what this is.’ And the bank says, ‘Ok, well, we got it. We’ll take care of it.’ Chargeback.

The consumer doesn’t know that’s a bad thing. They just know they got their money back, and they’re happy. But you can consider that fraud. That’s someone who legitimately bought the product or approved the transaction but turned around and didn’t want to pay for it anymore.

How do you prevent friendly fraud?

It’s a lot harder to fight that with machine learning and the tools we have for preventing criminal fraud because the tools don’t detect it. With friendly fraud, you know a consumer and recognize their credit card — it’s worked for you for a year. Before now, if the consumer was someone we knew, the transaction was good. But that’s where, I think, this new role comes in.

Friendly fraud, in my experience, is just as big of a problem as criminal fraud — maybe more so for most merchants. And now we have tools and the ability to fight that more than we ever have. With Kount focusing on friendly fraud, I think we’re going to be able to make a huge impact and help merchants. 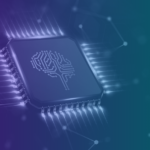 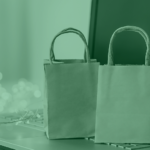 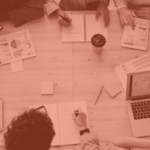 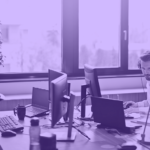 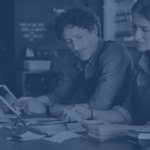