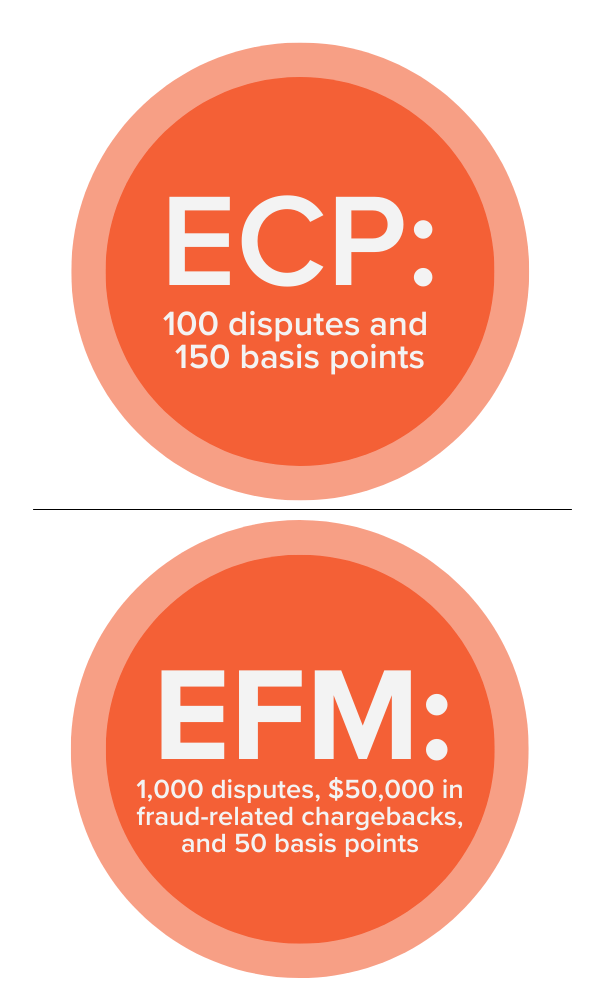 When merchants accept Mastercard payments at the point of sale, they become responsible for controlling and preventing fraud incidents. As part of that, merchants must keep fraud and disputes under certain thresholds, according to Mastercard’s Security Rules and Procedures.

Similar to the Visa fraud monitoring program, when Mastercard identifies merchants that exceed fraud or chargeback thresholds, they place the merchant in one of their dispute or fraud programs.

As of May 2021, Mastercard operates an umbrella fraud and chargeback program called the Acquirer Chargeback Monitoring Program (ACMP). Within the ACMP are two branches: the Excessive Chargeback Program (ECP) and the Excessive Fraud Merchant (EFM) program. And each Mastercard monitoring program has different levels, depending on the merchant’s classification.

What are the Mastercard Excessive Chargeback Program (ECP) thresholds?

For example, if a merchant sees 200 chargebacks in a given month and processes 5,500 transactions in the previous month, they can divide those figures and multiply by 10,000 to see their basis points.

What are the Mastercard Excessive Fraud Merchant (EFM) program thresholds?

Like the ECP, the EFM program monitors merchants monthly, according to their merchant ID. And like Mastercard’s ECP, its EFM program is just one of many chargeback fraud consequences. Businesses are subject to the EFM program when they meet or exceed all four of the following criteria:

Can merchants be in more than one Mastercard program at once?

However, getting out of one Mastercard monitoring program won’t get a merchant out of the other. Merchants must stay below both programs’ thresholds for three consecutive months before Mastercard releases them.

What happens if you’re put in a Mastercard program?

If a merchant is put in a Mastercard program, they can expect a few things to happen, according to fraud monitoring program guides. First, Mastercard will notify the merchant’s acquiring bank through its online portal that the merchant has exceeded thresholds. The acquirer will then review Mastercard’s compliance report regarding the merchant’s fraud or chargeback activity and notify them of violations.

Merchants are then responsible for developing a strategy to meet Mastercard’s threshold standards. This strategy usually takes the form of a remediation plan that outlines the causes of the excessive chargebacks and how the merchant plans to stop them.

Merchants will likely need to give monthly updates on their progress. Mastercard wants to see that the merchant is making a concerted effort to get their dispute rates under control. They may even impose heavier fines and penalties to incentivize merchants to bring their rates below thresholds.

A business must stay below thresholds for three consecutive months to get out of a program. But the dangerous part about Mastercard fraud and chargeback monitoring programs is the longer a merchant is in one, the more difficult it is to get out. And fines increase all the while. If a merchant is in a program too long, Mastercard can terminate their relationship.

Deflect chargebacks, save the sale, and avoid the ECP with Ethoca Alerts and Consumer Clarity

As soon as the business knows a customer initiated a dispute, it can stop the shipment of goods and services, issue refunds, or take other steps to stop chargebacks. And businesses can use the direct-from-source issuer data to update their fraud rules and prevent future fraud. 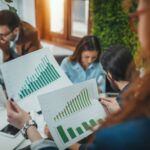 Stats & Evidence: Why You Need a Complete Chargeback Management Strategy 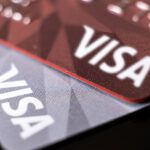 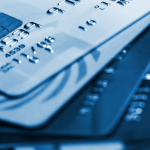 Chargeback fraud: What are chargebacks, and how can businesses prevent them? 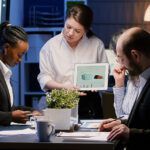 39% of shoppers initiate more disputes now than in 2020 (infographic)